You are here: Home / DNA Study / The beginning of the DNA Study

We have five male members of Team Emptage, all descended from one of three branches:

The two isles are off the coast of Kent, though the waterway which once separated Thanet from the mainland has now silted up and it appears to be part of the mainland. In a direct line along across the sea, Margate on Thanet is just 25 miles from Minster on Sheppey (which is still a recognisable island).

That Emptages migrated from Thanet (where Emptage entries in the parish registers for Margate go back to the mid 1500s) to Sheppey seems entirely logical, especially as many of the Emptages of Thanet were mariners, fishermen, sailors.

We have identified 143 Emptages in the UK at the time of the 1841 census, of which 26 were wives, thus there were 117 direct Emptages. All but five (which were all in the wider Kent area) have been identified as being descended from those three branches and work continues to identify the remaining five.

It has taken much effort and the scratching of several heads but we now have a working hypothesis on the connection between the Thanet and Sheppey Emptages.

Roger had taken a DNA test which established his haplogroup (ethnic origins) and this prompted Andrew to pose the question: Could DNA testing establish a link between the two isles? 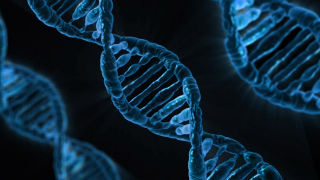 Everyone has 23 pairs of chromosomes in the nucleus of each cell, 23 from one parent and 23 from the other. One of those pairs, called allosomes, is special because it determines sex and is therefore inherited in a different way from the remaining 22 pairs, known as autosomes.

Each cell also has an entirely separate short length of DNA (only 37 genes) outside of its nucleus in the cellular organelles called mitochondria. As expected this DNA is called mitochondrial DNA (as opposed to nuclear DNA). Mitochondria are special because they are inherited solely from the mother.

Together, these different types of chromosome give us four types of test which can be used to determine how closely related any two individuals are:

Because Y-DNA and mtDNA are transmitted almost without change, both can be used to find one’s haplogroup which is associated with a particular ethnic group and/or region.

DNA testing is seldom done on every single gene. Instead, there is a set of markers known to be distinctive, and one chooses how many of these markers to test when buying the test. Y-67 markers is enough to give haplogroup and two people with identical Y-67 results are clearly connected but to establish wider genealogical connections, it is best to test using the Y-111 markers.

Roger’s results suggests that he is of Haplogroup I1 Subclade M253-AS1 (Anglo-Saxon 1). The specific number of tandem repeats within three of the markers DYS390, DYS557 and DYS576 places Roger’s ancestry in the ABB branch of the y-Haplogroup I1 Cluster Tree.

This coincides with the suggested route northwards taken by the Jutes through Jutland (what is now north Germany, Schleswig-Holstein and the mainland part of Denmark) and on towards Norway. The Jutes landed in Thanet in around AD 420 and this fits with our theory regarding the Anglo Saxon origins of the name Emptage.

Having initially taken the 67 marker test to establish his haplogroup, Roger then increased the number of markers to 111.

The results of both 111 marker tests matched, proving that there is a genealogical connection between Roger and Andrew, and therefore between at least one of the Isle of Thanet branches and the Isle of Sheppey.

Andrew writes about his theories concerning the origins of the Emptages and about taking his DNA test here.

If you wish to understand more about how DNA works, read our simplified explanation.

If you want to have your DNA tested to see if there is an Emptage match, you need to use the same company, FamilyTree DNA, and the same yDNA 111 marker as Roger and Andrew.

Mark is co-ordinating the DNA project and can be contacted here.

If you have already taken a 111 test with Ancestry.com the results can be uploaded to Family Tree DNA for comparison and matching.