You are here: Home / History Timeline

In our Wills Project, the earliest mention of one of our ancestors is of John Emptiache, in a will dated 1489. It was not his own will but that of somebody for whom he was feofee or trustee of some land belonging to the testator. We don’t know how old John was at the time but it is clear that he was an adult.

John lived during the War of the Roses (1455–1485), when the the House of Lancaster (whose symbol was a red rose) and the House of York (associated with a white rose), the two branches of the royal House of Plantagenet, fought for the throne of England. In effect, it was a civil war which raged across the country for thirty years.

In 1485, Henry Tudor came to the throne following the Battle of Bosworth Field, when the last Yorkist king, Richard III was killed.

Henry was the last of the Lancastrian claimants (through his mother, Margaret Beaufort, great granddaughter of John of Gaunt, Duke of Lancaster). Henry married Elizabeth of York, daughter and heir of King Edward IV, thus uniting the two branches.

Henry was the grandson of son of Sir Owen Tudor, a Welsh courtier and, as Henry VII, he became the first of the Tudor Monarchs. The Tudor crest symbolically combined the red and white roses.

In 1534 King Henry VIII of England, who wished to have his marriage to Catherine of Aragon (the widow of his brother Arthur) annulled but was refused by the Pope, began the process which became the Reformation, separating the English Church from the control of the Roman Catholic Church and which led to the dissolution of the monasteries in 1536.

In 1538 Thomas Cromwell, Henry VIII’s Vicar General, ordered that every baptism, marriage and burial was to be recorded in books known as parish registers. These were merely single sheets of paper loosely bound together. In many cases the pages succumbed to damp or even mice and the home-made ink faded but a remarkable number of registers survived.

Not all parish vicars and church wardens were diligent in the keeping of the records. They only had to be completed weekly and no doubt errors and omissions were made as some baptisms, marriages and burials were forgotten or even ascribed to the wrong person.

In 1558, under Queen Elizabeth I, the parish registers were to be made of parchment, with the old paper pages copied into the new registers. Not all of the pages were copied and, given the legibility and state of the ink and pages, no doubt there were transcription errors (the scourge of the family historian through the centuries).

From 1597 a copy of the records had to be made and sent to the Bishop annually, known as Bishop’s Transcriptions, though there were probably gaps in these.

The first Emptage baptism in Thanet which we have on record was that of Anna, daughter of John and Joane, in Margate, Thanet, in 1560. The earliest marriage record in Margate is that of Richard Emptage, to June (Joan) Allyne in 1565. And the earliest burial was that of Mychaell (Michael) Emptage, at Whitstable, just outside Thanet.

Without those parish registers, instigated by Thomas Cromwell and reinforced by Queen Elizabeth I, few family historians would be able to research further back than the time of Civil Registration which began in 1837.

However, during the Civil War and the period of the Commonwealth (1642–60) the records were poorly kept, sometimes hidden and some were lost (all of which results in many family historians wondering what happened to their ancestors).

The baptism register for St John the Baptist church in Margate, contains the following entry on the page for 1653:

“Hence forward untill ……. you must look to have this register somewhat confused, for it was kept in confused times & when the government was broken & imp….. when hypocrisy reigned & proclaimed her self by the Name of Religion, & this poor Nation lay under an Arbitrary Government. Our lives libertyes and estates for diverse years last past being subject to be taken away by a vote of a …… of a house of commons without any legall tryall or judgement by Peers according to the law until the Lord General of the Army took on him the Government and then we began to have rules to live by.”

The ‘Lord General of the Army’ was Oliver Cromwell who was appointed Lord Protector of the Commonwealth in 1653 and set about healing and settling the nation after the chaos of the civil wars, the killing of King Charles I and the parliamentary infighting.

The age of the Tudor Monarchs coincided with a renaissance throughout Europe.

The printing press had been invented in 1440 in Germany. It was one of the most influential inventions ever, leading to a revolution in mass communication and permanently altering the structure of society. 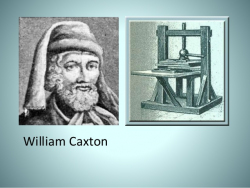 In 1476 William Caxton had set up a press at Westminster, to produce the first printed books in England using those techniques invented in Germany.

The new printing presses were turning out quantities of cheap books and pamphlets, bringing new ideas and information to anybody who could read.

Architects, painters, musicians, writers, sculptors and scholars began to look at the world in new ways, to use new techniques and to explore new theories. The most famous playwright of all time, William Shakespeare, would be born in 1564, in Stratford-upon-Avon, England.

It was a time of expansion: of knowledge about the world, of exploration and of international trade. On a voyage from 1577 to 1580 Francis Drake would circumnavigate the world. In 1585 Walter Raleigh would found the first colony in America. Although that colony failed, a later one would give England a firm foothold in North America.

Many children were born into this exciting new age and their descendants were to spread around the world.

The Lives of Our Ancestors

With our articles we aim to illuminate some of our ancestors lives and to set them in the context of the times in which they lived. 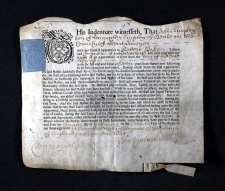 Prior to the provision of workhouses, when parishioners fell on hard times the Churchwardens and Overseers of the Poor were responsible for providing for them. However, they would make every attempt to trace relatives who could provide for the poor parishioners rather than have them a burden on the parish. And so it was that in 1737 John Emptage a joyner and citizen of London was requested by the parish of Deal in Kent to pay a sum of money towards the upkeep of his daughter in-law and her four children following the disappearance of her husband, Humphrey. 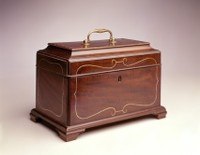 In 1745, John’s grandson, also named John Emptage, appeared at the London law court, the Old Bailey, accused of stealing a small tea chest. He was convicted and was sentenced to be transported for seven years, to North America. 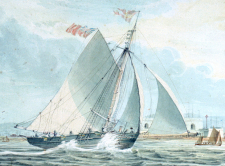 In 1743–44, England was at war with France, a war which was to last for many years. The English fleet was in the English Channel, ready to repel an invasion by the French. The navy ships needed supplies and local boat owners were contracted to the Navy Board but it was short of money and not so keen on paying for the service. In 1745 Thomas Emptage pleaded with the Navy Board to be paid at least some of what he was owed, so that he could maintain his boat and pay his men. 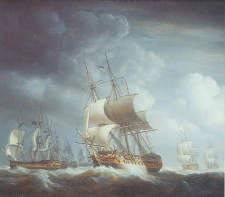 George Emptage was born in 1733, in Rotherhithe, on the south bank of the River Thames in London. Though a village it was also a thriving port and George grew up among the ships which sailed all over the world. In 1752 he joined the Bombay Marine, the East India Company’s private navy, as a midshipman and rose to be commodore. He died in service, in India, in 1785. 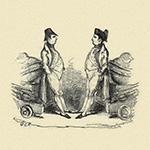 Some of our ancestors served in the Royal Navy, including during the Napleonic wars 1803 – 1815 and one had the pleasure of conversing with Napoleon Bonaparte on board the ship which took him into exile. And later, to recount his story and provide anecdotal evidence of the type of hat which Bonaparte wore.

The impact of new technology in farming led to mass movement of agricultural workers into the factories and mills in the towns. The Swing Riots of 1830 led to the transportation to Tasmania of one of the rioters, Thomas Hepburn, who was married to Elizabeth Emptage. She followed him to Australia and they raised their family there after he had served his time.

Another Emptage to join the East India Company was William Henry, becoming an Able Bodied Seaman, sailing between England and India. In 1851, in his early twenties, he signed on with the Hudson Bay Company, making the long and perilous voyage around Cape Horn to Vancouver Island, where the company had established a fur trading post. The area became known as British Columbia in Canada. We don’t know if William Henry intended to remain there but shortly after arrival he suffered a life changing injury which gave him no alternative but to stay. He became a well respected Canadian pioneer, marrying the daughter of a local chief and establishing the Emptages in the area. 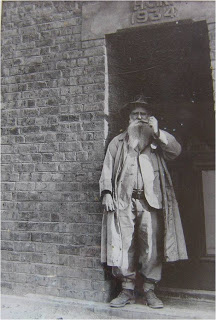 A pioneer of a different type was Herbert George Robins, the son of George Robins and Martha Ann Emptage. Aged 25, he arrived in South Africa in 1892. He studied many sciences as a hobby and was a Fellow of several societies, including the Royal Astronomical Society. George bought large areas of land with a large variety and number of game. He put an end to the shooting of the game and took active steps to stop poaching on his land. He established a large private zoological park. George became a determined defender of the Wankie Game Reserve which had been established close to his land. And he bequeathed his own land to the Southern Rhodesian Government on condition that it be maintained for all time as a game sanctuary.

Influences on our ancestors

In the 500 years since the time of John Emptiache, many events and inventions have affected the lives of our ancestors, the development or successors of which we mostly take for granted today and cannot imagine life without.