I take a dim view of my 4 x great grandfather being accused of committing bigamy.

A Henry Emptage was married to Anne Kemp on 14 January 1787 in St John’s Church, Margate. From the baptism records, it seems that they had at least four children between 1787 and 1795.

Six months later, Henry Emptage, son of Henry Emptage and Ann Peel, married Susannah le Brush in the same church on 9 July 1787. They had eleven children between 1787 and 1807. They were my 4 x great grandparents.

Many people who have published trees on the internet have linked my 4 x great grandfather Henry to Ann Kemp as well as to his wife Susannah le Brush, effectively accusing him of committing bigamy.

As yet, I am not sure who the first Henry was though he might have been the son of Humphry and Catherine Pearce, who I’ve not yet fitted into the family tree.

However, I think it is quite clear that Anne Kemp should not be attached to the Henry who married Susannah le Brush. I think apologies are due to both Anne Kemp and my Henry for impugning their honour.

[Late edit: This article was written before I had fully comprehended that there were two separate Emptage trees in such a small area as Thanet, just 40 square miles. The Henry who married Susannah le Brush was the eldest son of Humphrey and Catherine Pearce, who head one of the Thanet trees. The Henry who married Anne Kemp was the eldest son of Henry and Ann Peal, who head the other Emptage tree in Thanet.]

I have seen similar mistakes in my paternal family history, with many internet published family trees showing one very basic error. When I’ve investigated those trees, it is clear that people have just copied the details from one tree to another. 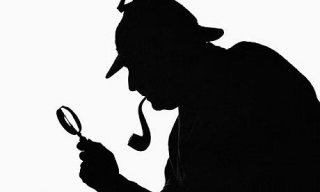 There are hundreds of American families who are proud of their connection to those who first left England to colonise America and perhaps many are so keen to establish the link to their roots that they do not apply basic research principles to their work. And they don’t stop to analyse what they’ve found.

Some have even included the fact that their ‘ancestor’ was married in a particular small village in Wiltshire before showing him in America with several more wives and children there. A little more investigation would show that he couldn’t be their ancestor because that particular man died in Wiltshire and not in America as they say.

I wonder how many Americans have visited the ‘old country’ and stood in that small village admiring the scenery of the land of their supposed ancestors when they should have been 35 miles away, marvelling at the historic cathedral city of Salisbury where he actually came from.

So, not only should details found on other trees always be confirmed by reference to the appropriate primary source (parish registers, civil registration records and censuses) but common sense and reason need to be applied too.

Just because we’ve found a record of somebody with the name we’re looking for doesn’t mean that it’s the right person, especially if the relevant event takes place some miles away from where it may have been expected. 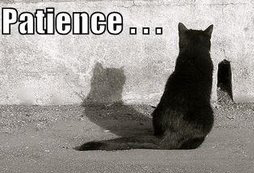 If it is to be done properly, researching family history takes time and effort. I simply don’t see the point of compromising the results by taking short cuts and replicating errors on other people’s trees.

Personally, I’d rather have a tree of 100 people who I’ve checked out and have confirmed all their details and relationships than a tree of 1000 which I’ve copied from other people’s trees without checking them out and confirming the details.

I know many people are anxious to see all the names and details of the hundreds of Emptages which we have amassed but we are taking our time. We are checking and rechecking the details as much as we are able before publishing them.

We are Practising Safe Genealogy