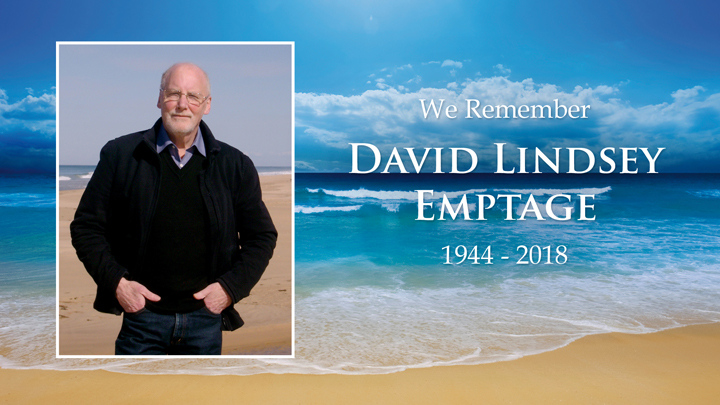 In 2012, having spent several years researching my paternal family, I turned my attention to my maternal family. I soon uncovered the connection with Margate and so I joined the Isle of Thanet Rootsweb List and posted a message about the Emptages. I noted my mother, Eileen Joyce, my grandfather, Walter Dansy, great grandfather Henry Thomas Emptage and great great grandfather Alfred Emptage, born in Margate in 1831. I said that I’d love to hear from anyone connected to the family.

David, who had been researching the Emptages for three months and was searching the web, recognised these names as soon as he saw the post. Walter Dansy was his uncle, Henry was his grandfather and Alfred was his great grandfather.

And so, on 31 May 2012, I received an email from him. Within six hours our correspondence had begun. Well over 1000 emails have winged their way through the Ether over the years as we sought to untangle the Emptage family history – many of the emails infused with a weird sense of humour on both our parts.

Within days I asked David “Are you thinking of setting up a website, or doing a tree on Ancestry or other means? It would be nice to have an ‘Emptages of Thanet’ website.”

In April 2013 I was persuaded by David to attend the service in Margate for the dedication of the memorial stone to the crew of the lugger Victory. Nine had drowned, including two Emptages. At that event, I met Pat Johnson and Tim Emptage. I asked them what they thought of the idea of an Emptages of Thanet website and they gave their full encouragement. And so, here we are.

David not only built the Emptage family tree on Ancestry but then, as our work expanded, the Emptages of the Isle of Sheppey tree too. Whilst he grew the trees, I developed the website. His research meant that he discovered many of the stories which he then wrote as the articles for this website. He also found most of the newspaper cuttings.

During his research David discovered that not only did he and his father Edward have the middle name of Lindsey but so did several other Emptages through the generations. Eventually he traced its beginnings back to his 3 x great grandmother, Mary Lindsey. She had married Robert Brett in 1789 and their daughter Isabel had married Humphrey Emptage in 1815. The first Edward Lindsey Emptage was their son.

Although we lived thousands of miles apart, him in Melbourne, Australia and me in Cambridge, England, and never met, we would often have similar ideas at the same time and would bounce them off each other. Unfortunately, David never understood that his role was to rein in some of my wild ideas but would, as I term it, aid and abet me in them.

We began discussing the implications of the surname Emptage, both of us joined the Guild of One Name Studies and embarked on a wider study of the Emptage people. That led to a DNA Study to prove our theory that all Emptages and Emtages, no matter where in the world they are now, have the same common ancestor, probably one who came from the small corner of England known as the Isle of Thanet.

And so it was that in January this year, we both had the same idea, for an Emptage Gathering. We thought that perhaps some members of Team Emptage and their partners would come together in Thanet for a weekend in September. It grew beyond anything we expected. David and his wife Jo booked their flight tickets and their hotel.

As I was working on the plans here, so David wrote what were meant to be short notes so that we’d know the backgrounds of the attendees. He got carried away and they became Potted Histories, several pages which detailed each attendee’s lineage up to the top of the tree. They were printed and presented to each attendee at the Gathering.

I didn’t know that, as he was compiling those histories, David was struggling with lack of energy and fatigue. He thought he was suffering from a reoccurrence of glandular fever which he’d had many years before.

He and Jo desperately wanted to be at the Gathering but two weeks before they were due to travel they could no longer deny that David would not be well enough. I put out an email to the attendees to give them the sad news.

In my welcome speech at the Gathering I had to tell them that David was worse than initially thought and that he had pneumonia and was in hospital. I promised that we would have another Gathering, next year, so that David and Jo could come then.

Many of the attendees had been looking forward to meeting David and Jo and expressed their sadness at not doing so. At the dinner that night, one of them suggested that everybody sign a page to wish David well. I scanned it after the Gathering and emailed it to David. He was very touched that people had thought so much of him.

David was very proud of his Emptage maritime heritage and the fact that several of his ancestors had been involved in rescues at sea. He had been greatly looking forward to the visit to the Margate lifeboat and so, all the time we were there, I was very aware of his disappointment.

Within a few days there came the news that, on top of the pneumonia, David had contracted a bacterial lung infection. His condition was exacerbated by his rheumatoid arthritis. David’s decline was rapid and he died on Sunday 23 September, aged 74. Jo and his twin sister Christine were with him.

David was born in Oxford, England on 7 March 1944, the son of Edward Lindsey Emptage and Eileen Morris. According to him, he pushed his twin sister Christine out first. 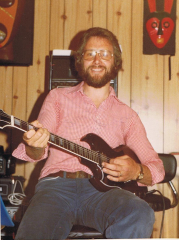 After leaving school his passion for music emerged and David formed his own band, touring the south coast of England playing in gigs almost every weekend. During the 60s and 70s David loved buying stage clothes in Carnaby Street and elsewhere in London. David had two bands and was lead singer and rhythm guitarist. He also composed songs.

When his sister Christine went to New Zealand and then on to Australia, David joined her and her family in Adelaide in 1985. Two days after he arrived, Christine’s sister in-law set him up in a blind date with her friend Jo. That was the start of a wonderful romance. As his six month visa drew to an end, David realised that he really loved Jo and was urged by Christine to propose to Jo. He did so but his nerves over came him and his normal romantic self deserted him. He proposed to Jo by phone in her lunchtime! Fortunately, that evening Jo said yes and they married on 17 November 1985.

David worked at a car dealership and Jo as a school teacher. Over the years they bought several houses which needed David’s skills to renovate. At one house David formed another group, with neighbours and workmates, with practice sessions at the weekend in their music room and Jo cooking the meals. Sadly the music came to an end as his rheumatoid arthritis impinged more and more on David’s ability to play his guitars. However, he and Jo continued to collect CDs and music was and is always heard around the house. 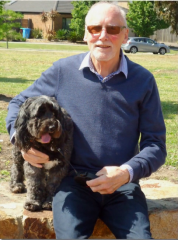 Their final move was to a new build house, no renovations needed! David had retired and a new member of the family appeared to keep him company, a black “spoodle” named Tilly. She sat with him in the study as he began to work on the family tree.

David and I were partners in something which grew and evolved far beyond anything we ever dreamt of. It took the two of us together to make it happen and it’s been a major part of our life and work. For both of us, this part of our work has given us most satisfaction.

Working with David on a shared project brought a new dimension to my life, one which I wouldn’t be without. Whether it was struggling to sort out the lives of our ancestors or bouncing humour between us in some very weird emails, David brought something special into my life.

And with his death, I felt as though I had lost a limb. I still do. But I can’t creep away into a corner and say that we did okay but it’s all over now. I think I’d get some pretty strong nudges from David in the afterlife if I tried to do that. Pat, chief conundrum solver, Tim, military researcher, and I are determined that the work goes on and that David’s legacy will be built on. We will continue to grow the tree. 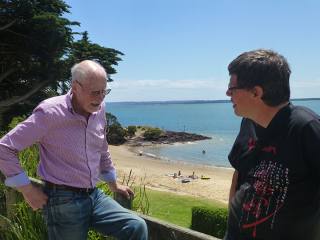 Though I didn’t get to meet David, Tim and his wife Alida stayed with David and Jo during their travels in 2016, as did my brother JJ in the same year. Whilst JJ had similar music tastes to David and marvelled at the size of David’s CD collection, Tim took the opportunity to persuade David that our next project should be The Emptages – The Book. I don’t know how much persuasion David took but it looks as though they were deep in discussion.

At the Gathering dinner, Tim announced that 2019 would see us work on the book. Now, the thought of doing so without David’s input is daunting. However, we will make it happen and it will be dedicated to his memory and to the wonderful work which he did on growing the Emptage trees. 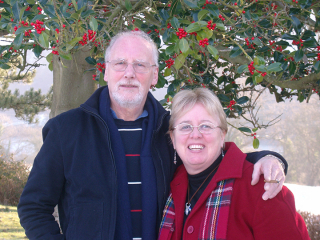 Jo has become an honorary member of Team Emptage and is enabling us to continue the work on the tree. She hopes that when she retires in two years, she will become a full member. And she plans to be with us for the next Gathering, not next year as originally promised but in September 2020.

In the meantime…. David, if by any chance you’re looking over my shoulder as I type this, now is your opportunity to round up all the Emptage ancestors and sort out all those conundrums. All we need to do is find a good psychic or medium to relay your messages…..

Note: David’s name will continue to appear as the author of articles as we work our way through the stack waiting to be published.